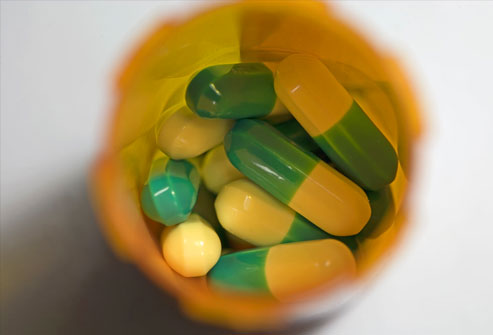 There was a time when therapists, and much of our larger culture, saw depression and other human troubles as complex conditions of mind and heart, influenced by many subtle inner and outer forces. But in the last decade, a vast intellectual and emotional sea change has taken place. We now inhabit a culture where many people hold the view that their emotional pain is “biochemical” and can be cured by simply taking a pill.

Emotional suffering, according to this new view, is a genetic glitch, successfully treatable by drugs. Depression is no longer thought to be shaped by such diverse forces as a sedentary, lonely or impoverished life; the loss of love, health or community; “learned helplessness” or feelings of powerlessness arising from unsatisfying work or an abusive relationship. Its resolution no longer requires anyone to get meaningful support from others, to establish a collaborative relationship with a good psychotherapist, to draw on community resources, or for communities to address conditions that breed depression. No, depression is now publicly defined as a purely biological illness, treatable, thank heaven by the miracle antidepressants.

These miraculous drugs, the story goes, are effective with 75 to 85 percent of the people who take them. In this prevailing cultural script, therapy, like an old character actor, is sometimes ignored altogether, and never given more than a minor supporting role. Only one solution, apparently, is needed, and only one is offered: the passive consumption of a pill.

These views have taken on the luster of scientific truths. But they are not truths. They are myths. They have not been confirmed by the latest discoveries of neuroscience, nor are they supported by outcome research. They seem true because they have been repeated and reinforced by mass-market advertising intended to make taking antidepressants seem as normal and pervasive as swallowing aspirin.

The message is seductive and it works: if these drugs were books, they would be runaway best-sellers. While most mental health professionals would acknowledge that the explanation given to clients is a gross oversimplification of actual brain functioning, few reject the biochemical model altogether. Fewer still question the effectiveness of the drugs, and virtually no one challenges the idea that combining medication with therapy is the best of all treatment options.
The first and perhaps most pervasive myth about SSRIs and other newer antidepressants is that their effectiveness is a matter of scientific record, conclusively demonstrated in strict, controlled, double-blind, placebo studies, the gold standard in medical research. But because of the shrinking of federal grants and the privatisation of research funding that began many years ago, pharmaceutical companies now pay for the majority of clinical trials of drugs.

The AHCPR meta review, for example, noted that out of 315 published clinical trials of 29 antidepressant drugs, every study that identified a sponsor had been funded by a drug company. The ubiquity of drug company funding may also help account for the dearth of research comparing the effectiveness of therapy and medication. Why would drug companies fund research that might prove a competing product (such as therapy) was equally or more effective?

Wouldn’t the best of all possible worlds be one in which medications were combined with therapy, giving clients enough stability to make use of therapy and creating a sort of double-whammy treatment effect? The idea that both together must be better than either one alone for treating depression has become the newest orthodoxy among many professional groups. In fact, this sensible-sounding “compromise” solution actually promotes the use of medications, by implicitly suggesting that virtually anybody who enters therapy for any reason could usefully take them.

Our exaggerated sense of the efficacy of psychiatric drugs may also be coloured by the fact that drug companies are under no obligation to publish the results of failed clinical trials. Thomas J. Moore, a health policy analyst at George Washington University, for example, recently found, in a search of FDA files, the results of two identical trials of the antidepressant Serzone. The one showing a marginally positive result was published, but Moore found no indication that the other trial, showing no measurable drug effect, was ever published.

It is the practice of dreams to realities (DTR), to never suggest medication as the treatment of first resort. Instead, DTR begin therapy on the assumption that if I follow the client’s lead, ask about the client’s own theory of how change takes place and strengthen the therapeutic bond, I will enhance therapeutic outcomes of all kinds, with and without medication. When clients believe that medication will help and are “in the driver’s seat” in making an informed choice, I have found that SSRIs can be helpful at times.

At the core of this approach is DTR’s faith that change occurs naturally and almost universally: the human organism, shaped by millennia of evolution and survival, tends to heal and to find a way, even out of the heart of darkness. When we hang on to this belief in our hearts, we level the playing field and can compete with the noisy medical ideologies promoted by profit-making drug companies and championed by factions within our own professions.