The Challenges of Treating Anorexia in Adults 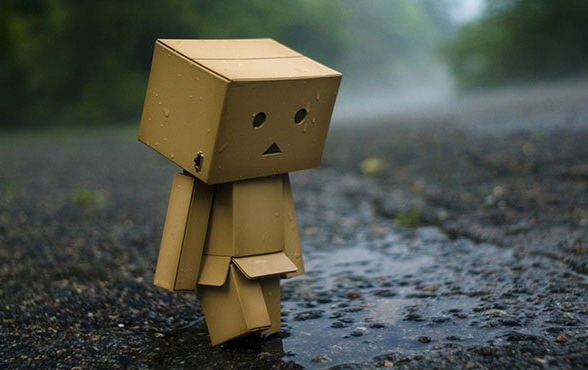 Rates of anorexia had been steadily climbing since the 1950s, but it wasn’t until the death of singer Karen Carpenter in 1983 that the disorder became a household word. She died from heart failure due to anorexia nervosa, and all of a sudden newspaper stories and after-school TV specials began to feature teenage girls “dying to be thin.”

Besides highlighting the spectacle of a healthy, attractive young girl’s determination to starve herself, the story lines usually focused on the family dysfunction that psychologists believed lay at the heart of the disorder. Parents were told not to be the food police, that anorexia was a misguided search for control. Only when they let their child be fully in control of their own life would the anorexia resolve.

Psychiatrist Walter Kaye wasn’t convinced. Despite not having done research into eating disorders before, he had been asked to help finish an anorexia study for the U.S. National Institutes of Health in the early 1980s.

While talking with the participants, he noticed something unusual. “I was just kind of struck by how homogenous the symptoms were,” he says. Because the patients seemed so similar in terms of symptoms and temperament, he believed there had to be something in their biology that was causing anorexia – and he dedicated himself to finding out what it was.

In the early 1980s, anorexia had been seen by the medical community as a deliberate decision by a petulant teenage girl: She was selfish, vain, willful. Since she had chosen to become ill, she simply needed to choose to get better. She needed to become a fully formed individual, to separate from her family and rebel against the cultural ideal of thinness at all costs.

Scientific research by Kaye and others, however, explored every aspect of this stereotype (not least that anorexia only affects girls) and completely changed how we think about the condition.

Across the field, psychologists, psychiatrists, and dietitians have noted that treatment outcomes for adults with anorexia remain abysmally low. Less than half recover fully, another third show some improvement, but the rest remain chronically ill.

“They go for many years, and they’ve relapsed over and over again, and they have the highest risk of dying,” says Kaye. “I think all of us are feeling that this is a serious, often deadly disorder for these people, we don’t have good approaches and we don’t understand enough about the causes.”

Recovery from anorexia is like learning to navigate around landmines. They can be deadly, and they can derail a recovery. One of the biggest struggles for people with anorexia is making decisions.

A 2003 study highlighted five personality traits that increased the risk of developing an eating disorder: perfectionism, inflexibility, having to follow the rules, excessive doubt and caution, and a drive for order and symmetry. Other studies have found links between anxiety, perfectionism and anorexia.

Adults with anorexia get stuck on details and have trouble zooming out to see the big picture, which can make it difficult to make decisions. As well, they have difficulty mentally switching from one task to the next. For too long, eating-disorder professionals have been focusing on these traits as weaknesses when that’s not true.

To succeed at scientific research, for instance, obsessionality and attention to detail are almost a must. Since people with anorexia use rules and routines to ‘succeed’ at their eating disorder, they can also learn to use them to succeed at recovery. It sounds like a small shift, but for anorexia sufferer’s it makes all the difference.

Description: NEW FED TR is a 5-day treatment for eating disorders and stands for:

This new 5 Day Treatment for eating disorders is for individuals ages 16+ who have a current or previous diagnosis of anorexia nervosa; the program focuses on the traits of anorexia nervosa. The program includes family/support in all 40 hours of the treatment week. Family/support may include parents, spouse, extended family members, significant other, or a person who is able to offer ongoing support.

Participants have claimed that the programme has been life-altering:

“For the first time, someone got what I had been saying all along, that I had a biologically based brain disorder,” she says. “They worked with me instead of against me.”

By December 2015, nearly 25 families had participated in NEW FED TR programme, and more pilot groups are in the works. Feedback has been uniformly positive, even from those with anorexia— pretty rare for a treatment programme.

It’s too soon to say whether the programme has been effective in helping adult anorexia sufferers move towards recovery.

A participant having recently completed the programme stated: “I now have hope.”

To read the full article post this link into your browser: